Posted by Authored Collaboratively by Jackie DeLaFuente and Christine DiUbaldo on January 24, 2020 at 4:41 PM 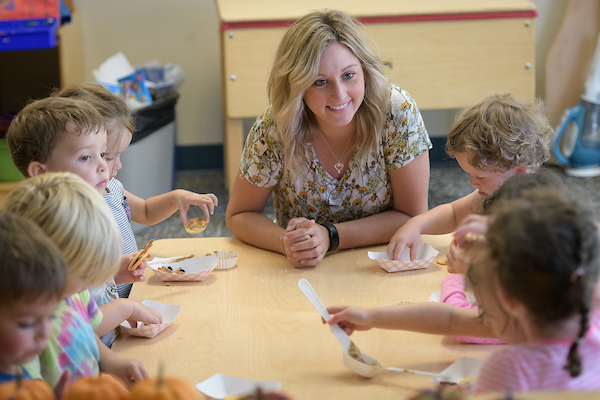 When you decide to move to a new area, one of the first things to do is to explore schools for your children. Below are a few tips for how to tackle each stage of the school research and selection process so that your move to a new city will be complemented by a smooth transition to a new school!

When asked, "Should our family invest (i.e. pay tuition) in our children's early years of education or wait until "it counts" when they're in high school preparing to go to college?" Emphatically I say, "Invest in the early years." This is an incredibly difficult question for anyone to answer knowing that each and every learning stage is valuable; however, when posed with ranking when education "counts" most, it is absolutely and definitively during those first years of life, and here's why. 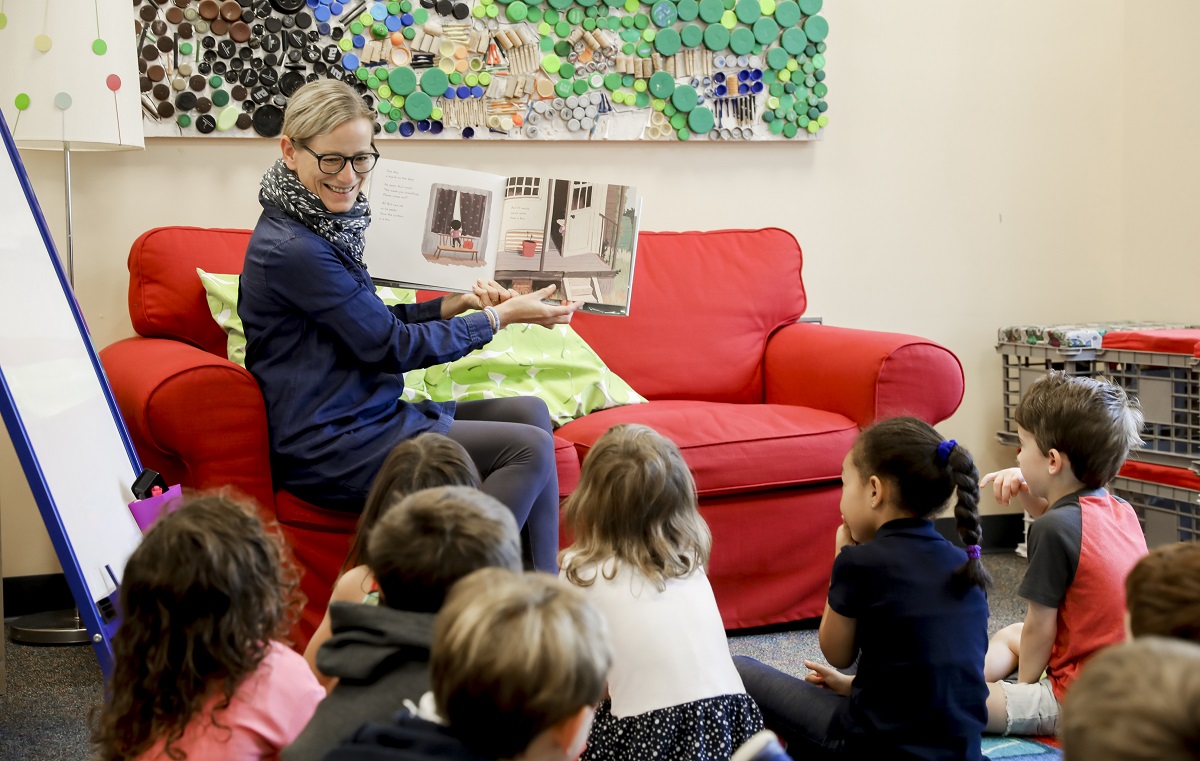 There’s no denying that reading is an essential skill for academic success, but the best part of my role as the librarian is showing students how much fun it is to immerse themselves in a good book. My strategies vary based on the age, reading level, and individual style of each student, but below are four of my favorite ways to get kids excited when they visit the library.

Finding the Right School For Your Child

Have you ever wondered what teachers look for when considering a school for their own children?

Consistently, teachers agree it is important to visit a school on a typical school day when students are present. No surprise...these teachers also feel you should do your homework. Start with a list of questions that are relevant to your child’s development. After all, you know your child best. Here are some of the questions they suggest:

Transitioning to First Grade: How Teachers Pave the Way

Posted by Kathy Dabkowski, Kristy Patton and Katherine Stafford on September 7, 2018 at 1:04 PM 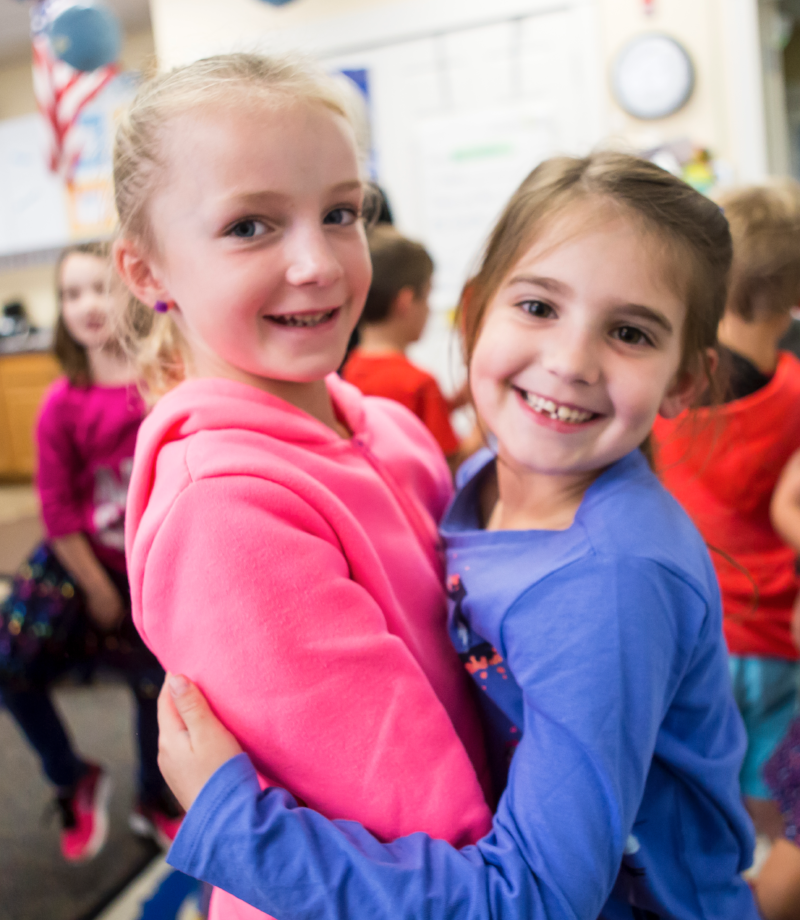 The transition from kindergarten to first grade can make parents and students feel excited and a little nervous about leaving “early childhood” and becoming a “big kid.”  At Sanford School, teachers think about helping students do three things to ensure that students all transition smoothly: seeing a familiar face, feeling comfortable in the space, and getting used to the pace.

Students often feel less anxious about going to a new classroom when they know a little bit about the new teacher that they’ll have. To help with this, kindergartners have recess along with the first and second grades so that teachers can start to connect with the students they’ll have in a year or two. In addition, faculty members who teach “specials” like art, music, and technology constantly remind students that even though the homeroom teachers change, the specials teachers will remain the same, so they can plan to see many familiar faces the following year. To help drive home this point, the specials teachers always participate in greeting during morning drop off the first week of school so that students going into a new grade can see teachers that they had the previous year

Why We Love Thematic Learning (and You Should, too!) 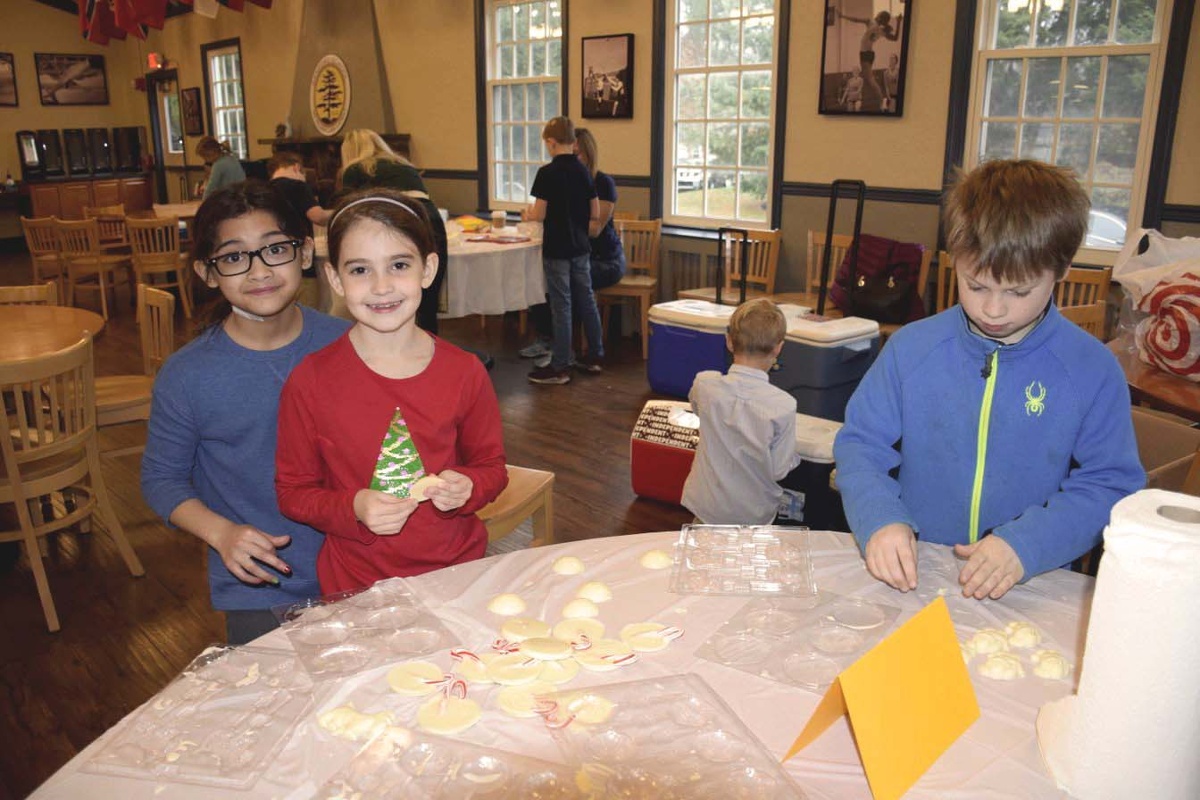 For years the world of school was focused on the Three R’s: reading, writing, and arithmetic. But in today’s world it’s not enough to read a book, write a story, and do a few math problems; we need to prepare our students for an ever-evolving global society. Now, education organizations around the country, including the National Education Association (NEA) are talking about the Four C’s: 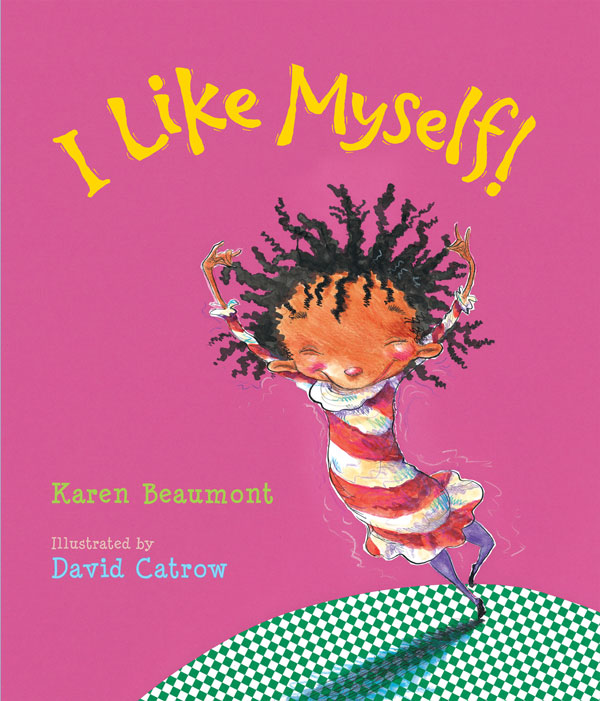 Tips for a Healthy Holiday Routine for Children

Posted by Authored collaboratively by Suzanne Humphreys, Sarah Satinsky, and Kelley Seravalli on December 15, 2017 at 12:00 PM 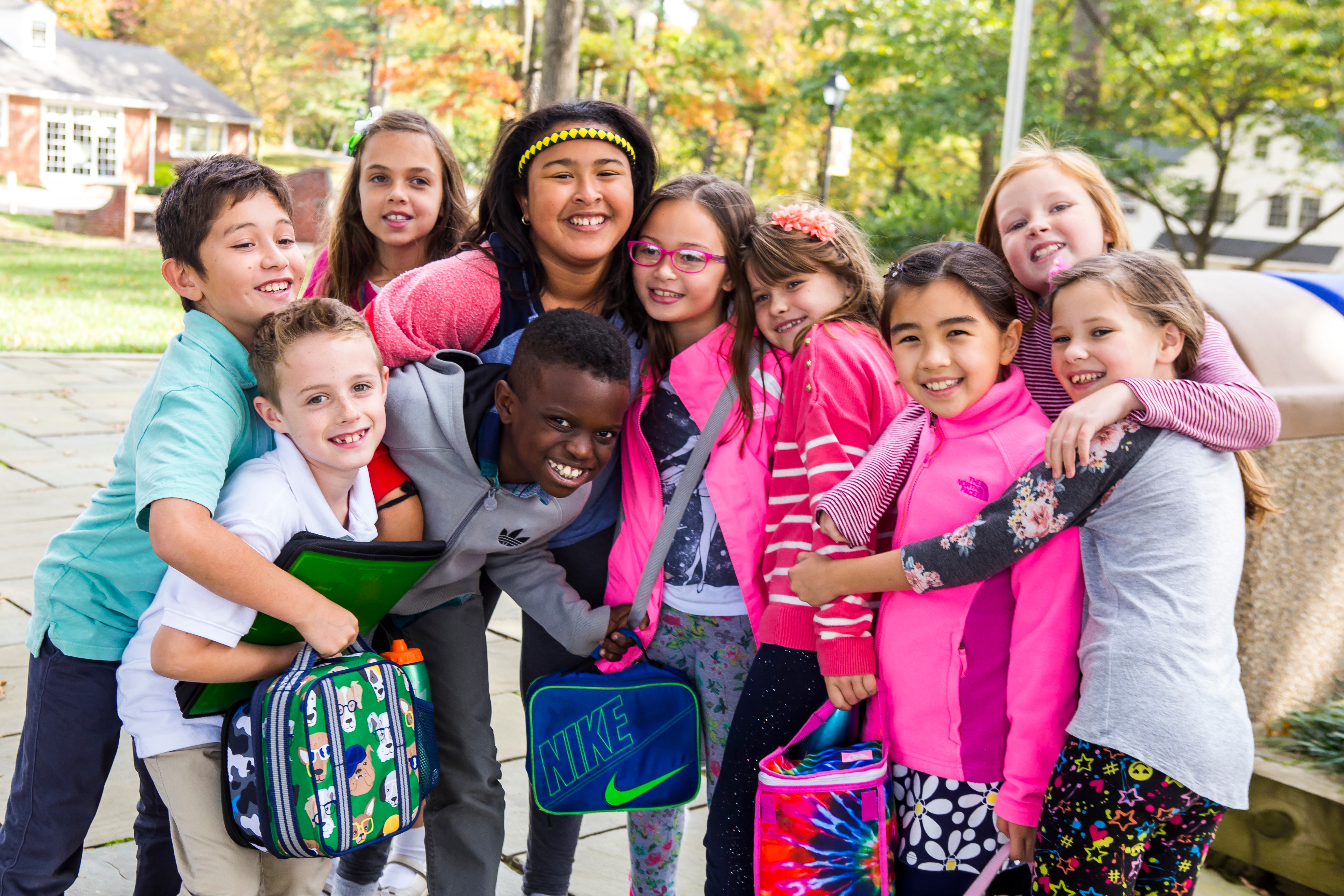 The holiday break is finally here, giving our students time off from school to enjoy being home with family and friends. While breaks are intended to be a time for rest, they are also often a time of get-togethers that extend past bedtime, long car rides to visit relatives, and second (maybe third) helpings of holiday treats. As we interrupt our normal school and work schedules for a few weeks, it is important to pay attention to healthy routines for our bodies and our minds. 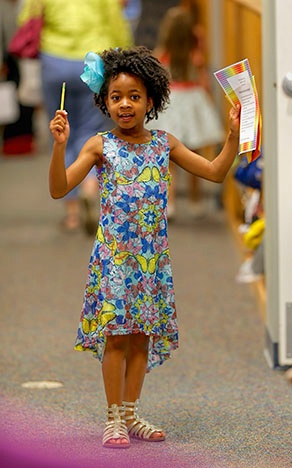 We’ve all heard that young children learn languages much more easily than adults. But why is that? And how does it help them? It turns out that the benefits go far beyond simply language acquisition. Learning another language broadens students’ worldview and confers cognitive benefits that last a lifetime, all of which equip them to thrive in the global village they will soon inherit.

Monolingualism Can Be Cured!

Younger learners are often referred to as “sponges,” quickly absorbing phrases and tone of language. Surprising to adults, children are often able to repeat and mimic patterns in another language, helping them to develop near native-like pronunciation and intonation. This is because the young brain’s synapses are still very much connected--something that begins to change as adolescence sets in. That’s why the American Council of Teachers of Foreign Languages advocates that languages begin in PreK, though it’s never too late to learn.

While talking comes naturally to some children, others need to feel reassured before attempting to speak in a new tongue. One goal of teaching younger children is to include all students so that they all feel comfortable taking linguistic steps. We find that music is a great tool for this. The repetition builds familiarity and predictability and--together with games, gestures, and movement--strengthens the musical part of memory. It is amazing to see how, years later, a few notes can bring back an entire song with precision!

Passport to the World

Children have a natural curiosity about learning, which is evident when they engage in learning a new language. Young learners are also generally open and accepting of people who speak other languages and come from other cultures. Since the study of languages and cultures in the early years is both social and interactive, children get a sense of how they fit into the larger world. What does this mean? For them, global citizenship starts early!

Is My Child Ready For Kindergarten? 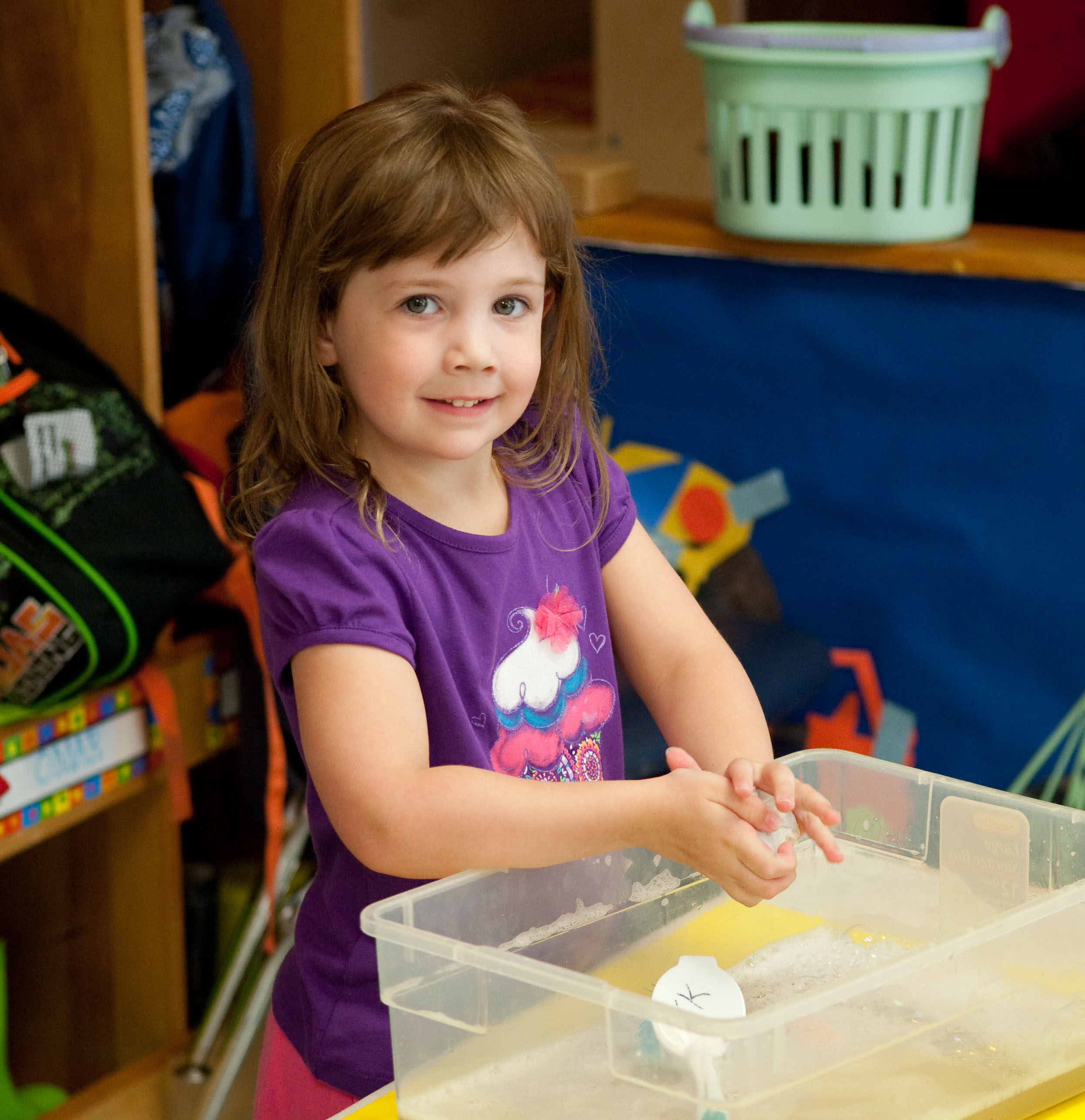 As we all know, school readiness is an important topic. As that fifth birthday approaches, almost every parent wonders if their child is ready for kindergarten or if they would benefit long-term from another year of preschool. If only crystal balls were real! We can look at a child’s date of birth or their gender, but that is not enough.

It’s tempting to focus on how a child is progressing with academic basics:

A child who excels in these areas still may not be ready for all the challenges of a kindergarten classroom. Similarly, the child who mixes up some letters may show plenty of signs of being ready to succeed in kindergarten.

How is a parent to know what to do?